The first version of STILL was called The Story of Rose, published on Amazon a couple of years ago. It was well received but incomplete. I thought it would be the first of a trilogy as that seemed to be the fashionable thing to do. Thankfully, under the guidance of my old friend Claudia Shaffer it became one book. In truth, it is many books but it holds together as one story, part metaphysical thriller, part magical realism. Now, in this year of Covid-19 it seems more relevant than I could ever have imagined. Here, you will find a small scrap, inspired by my travels overland to India in late 1978. After this, the road was closed by endless war and violence, and one of the most holy paths on the planet was lost to subsequent generations.

“Not so long ago, the path was opened for many more travelers. There was a need. The devolvers had come close to achieving their aims and the world was left sad and bitter, with little sense of connection or hope. Out of the ashes, a new world began to emerge, a world seemingly filled with all kinds of opportunity, of education and work, easy access to money, things to buy and do, an artificial abundance in which people could lose themselves, lose all sense of purpose.

“A movement began, a wave of young people dissatisfied by the life that was offered to them. There was nothing obviously wrong. They had homes, food, education, opportunities and money and yet, they walked away from it all, drawn by a call but with no clear idea from whence it came. There were no guide books or maps back then, just a word on the road, a destination picked up in some particular cafe or hotel, perhaps on a beach hidden from the world by the difficulty of the walk, or a place by the river where a sandwich of fresh fried fish was served from a boat, where a pickle vendor would offer a word of direction along with a plate of sour gherkins.

“It was on this path I met your mother, Mariam, and it was on this path you called to us, asked us to bring you through. We met in a coffee shop popular with travellers like us, a curious place that served sweet rice pudding washed down with Nescafe, not the dark, dusty Turkish coffee we had gone there for. Your mother begged a cigarette from me and from that moment never left my side until she was sent away, sent to find a place to hide you from the world. Although at that time there were many other paths, the one we travelled was the most important. It didn’t last for long; the devolvers saw the threat to their plans and laid traps and sent out tricksters. Hashish seduced the smokers while false teachers seduced those who still searched in spite of the smoke.

© Howard Evans 2019. From STILL, the new novel available from Amazon 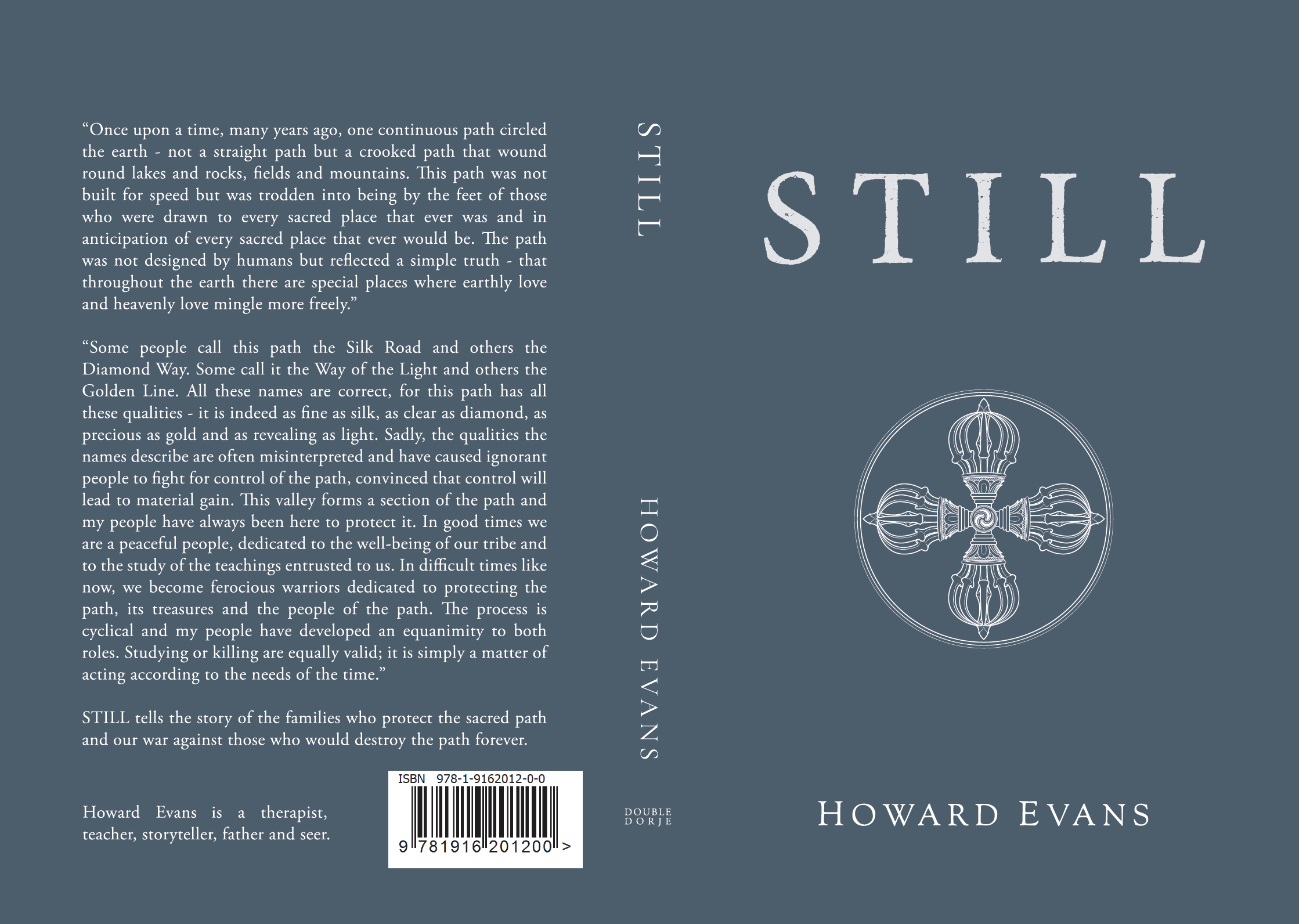